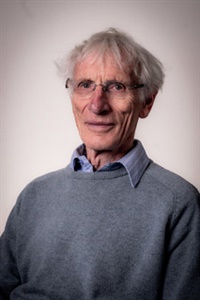 Professor Jeremy Holmes, MD, FRCPsych, BPC, was for 35 years consultant psychiatrist and medical psychotherapist at University College London and then in North Devon, UK. He was chair of the Psychotherapy Faculty of the Royal College of Psychologists 1998-2002. He is visiting professor at the University of Exeter, and lectures nationally and internationally. In addition to 200+ papers and chapters in the field of psychoanalysis and attachment theory, his books, translated into 9 languages, include John Bowlby and Attachment Theory (2013, Routledge), The Oxford Textbook of Psychotherapy (2005, co-editors Glen Gabbard and Judy Beck), Exploring in Security (2010, Routledge, winner the 2010 Canadian Psychological Association Goethe Award), The Therapeutic Imagination (Routledge, 2014), Attachment in Therapeutic Practice (with Arietta Slade, SAGE 2017), and The Brain has a Mind of its Own (Confer Books, 2020). He was recipient of a New York Attachment Consortium Bowlby-Ainsworth Founders Award, Music, gardening, green politics and grand-parenting are gradually eclipsing his lifetime devotion to psychoanalytic psychotherapy and attachment theory.