Addicted to Exercise: When Movement Takes a Dangerous Turn

Whether on its own or in collision with another mental health problem, pathological exercise is a serious and debilitating condition. Similar to substance use disorder, compulsive exercise can serve as a maladaptive coping strategy in response to increased arousal, hypervigilance, cognitive ruminations, and other trauma-related symptoms. Yet, in a society that glorifies more as better, movement that takes a turn to compulsive—and dangerous—is far too often missed and dismissed. Further, the assessment, diagnosis, and treatment of pathological movement—a process addiction—can be complicated by the fact that balanced exercise provides clear health and healing benefits. From both a professional and patient perspective, this presentation discusses the intersection of exercise, trauma, substance use disorders, eating disorders, posttraumatic stress disorder, and suicide.

Utilizing neuroscience findings, the personality and temperament traits that increase an individual’s risk of developing compulsive exercise in response to trauma will be described. This unique presentation discusses evidence-based as well as alternative treatment approaches.

This online program is worth 2.5 hours CPD. 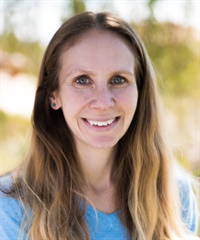 Nicole Garber, MD, completed her general psychiatric residency at Emory School of medicine and her child and adolescent psychiatry fellowship at Baylor College of Medicine. She is double board certified in general psychiatry and child and adolescent psychiatry and a fellow of the American Psychiatric Association. In addition, she has completed advanced trainings in Dialectical Behavior Therapy (DBT), psychodynamic therapy, mentalization based therapy, and Acceptance and Commitment Therapy. She began her career at the Menninger Clinic where she developed the adolescent eating disorder track in addition to being an attending psychiatrist on the COMPASS Unit and providing individual therapy for 3 patients on the unit, and running 2 DBT groups per week. She then was the chief of the pediatric and adolescent eating disorder program at Rosewood Center for Eating Disorders. She was the medical director at Arizona’s Children’s Association where she is currently a member of the board. She is currently the Chief of Psychiatry at The Meadows Ranch. In addition to providing psychiatric care, supervising the medical and psychiatric providers, she also facilitates DBT groups weekly. 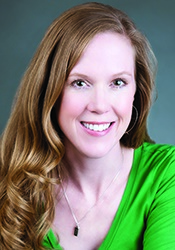 Jenni is the author of several books, including Life Without Ed: How One Woman Declared Independence from Her Eating Disorder and How You Can Too, and she has contributed to anthologies like the Chicken Soup for the Soul series. A sought-after speaker on addiction and food disorders, relationships, depression, and career, Jenni has appeared on Dr. Phil, Dr. Oz, the TODAY Show and Entertainment Tonight, as well as in print coverage from Cosmopolitan and The New York Times. She is also a blogger for The Huffington Post, and her work has appeared in Publisher’s Weekly, The Chicago Tribune, Glamour, Shape, The Washington Times, Woman’s World, Seventeen, and more.

Financial: Jenni Schaefer receives a consulting fee from Meadows Behavioral Healthcare, and she receives royalties as a published author. receives a speaking honorarium from PESI, Inc. She has no relevant financial relationships with ineligible organizations.

This product is part of a bundles which includes special pricing as displayed below.
Just add my Product to the Cart Add Bundle to the Cart
Additional Participant CPD
Additional Participant CPD must be purchased for each additional viewer. These viewers will watch the video with the main registrant, but will have individual access to course handouts and certification. The standard price of this program includes certification for main viewer.
Ok