The Realities of Combat, Military Culture & Treatment of PTSD in Veterans Returning Home

In this recording, you'll learn about the myths and realities associated with combat and get the most up-to-date treatment approaches of PTSD in veterans. Join Bret A. Moore, Psy.D. ABPP former Active duty Army Psychologist, expert, and author and learn the unique characteristics of the military and those who serve. This recording will give you the latest evidence surrounding the epidemiology of PTSD in military personnel as well as effective treatments for the disorder and its associated co-occurring problems. You will leave with practical information that will assist you in working with military personnel.

Dr. Moore will cover aspects of military culture to include language, shared values and traits, demographics and personality characteristics, and various norms and customs. You will gain awareness of the various stressors associated with combat, typical and atypical reactions to combat exposure, and the concept of operational stress.

This online program is worth 1.5 hours CPD. 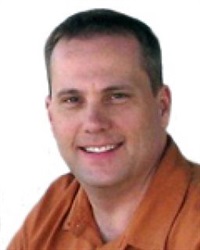 Bret A. Moore, Psy.D., ABPP is an expert in military psychology and issues related to military mental health. He is a former Active Duty Army psychologist, and a two-tour veteran of Operation Iraqi Freedom. For his contributions in military psychology, he was awarded the Arthur W. Melton Early Achievement Award by Division 19 (Society for Military Psychology) of the American Psychological Association and the Early Career Achievement Award for Public Service Psychology by Division 18 (Psychologists in Public Service). Dr. Moore has authored and edited several books including Treating PTSD in Military Personnel: A Clinical Handbook, Wheels Down: Adjusting to Life After Deployment, Veterans and Active Duty Military Psychotherapy Treatment Planner, Veterans and Active Duty Military Homework Planner, Handbook of Counseling Military Couples and Living and Surviving in Harm’s Way. He writes a biweekly column on military mental health issues titled Kevlar for the Mind, which is published in Army Times, Marine Corps Times, Navy Times, and Air Force Times. He is also author of the syndicated blog The Camouflage Couch published by Psychology Today. His views on military psychology have been noted by New York Times, Boston Globe, USA Today, CNN, Fox News, CBS, BBC, CBC, and NPR.

Financial: Bret Moore receives compensation as Director for Behavioral Readiness Division and Postdoctoral Fellowship in Clinical Psychology of the Warrior Resiliency Program. He receives a speaking honorarium from PESI, Inc. He has no relevant financial relationships with ineligible organizations.
Non-financial: Bret Moore has no relevant non-financial relationship to disclose.

Characteristics of combat and the combat environment

This product is part of a bundles which includes special pricing as displayed below.
Just add my Product to the Cart Add Bundle to the Cart
Additional Participant CPD
Additional Participant CPD must be purchased for each additional viewer. These viewers will watch the video with the main registrant, but will have individual access to course handouts and certification. The standard price of this program includes certification for main viewer.
Ok